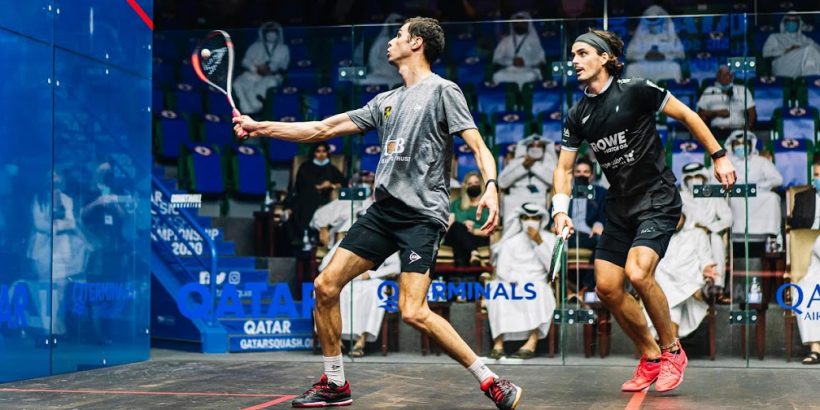 Stand up for the Champion! For his effort, the Harvard-graduate not only lifted the championship trophy, but he also walked away with the $26,000 winner’s prize money.

The Qatar Classic 2020 was the Egyptian’s second title in succession since the Tour restarted following the six-month suspension due to the COVID-19 pandemic.  Farag had claimed victory at the CIB Egyptian Open last month to reclaim the top spot in world rankings.

“The first time I couldn’t believe it, and this time around I can’t believe it even more,” said Farag following the match. “When I was younger, I used to watch the Qatar Classic and see all the great names of our sport lifting that trophy and I could only imagine standing there one day. To do it twice is an amazing feeling. We’ve been playing with each other for a good few years now, he wasn’t necessarily a very good junior or the most talented, but he’s a living example of inspiration.” 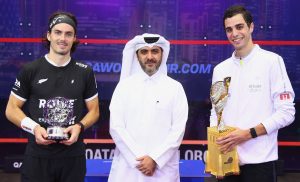 For Coll, however, it marks the second year of frustration in Qatar following his defeat to World No.3 Tarek Momen in the PSA Men’s World Championship final on the same court 12 months ago. It was his second Platinum final appearance, with his first at the Windy City Open back in March also ending in a defeat to Farag.

Coll said, “It’s a hard feeling at the moment. I’m obviously very happy to reach another final here in Qatar; it’s a great tournament and a fantastic location. “I always love coming here, and I’ve played well here year in, year out. I wanted it pretty bad today but fell short. It’s a tough one to swallow, but Ali is World No.1 for a reason, and he played the end of every game very well, so well done to Ali.”

Platinum tournament winners will qualify for the season-ending CIB PSA World Tour Finals as well as the top eight players on the standings. Farag is currently the only man to qualify following wins at both the CIB Egyptian Open last month and today in Qatar. 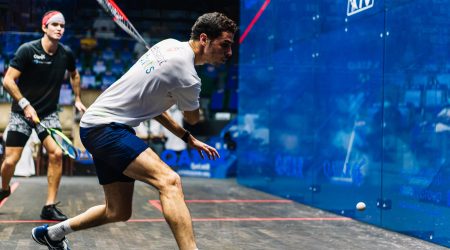