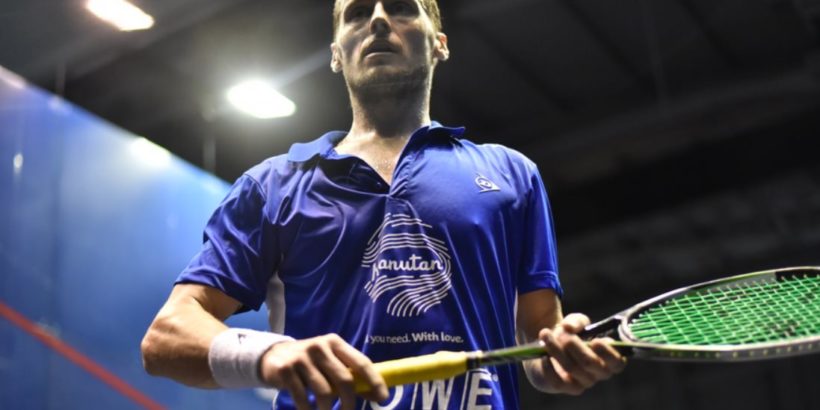 France’s former World No.1 Gregory Gaultier has pulled out of this month’s Qatar Classic due to a knee injury.

Gaultier, who won the Qatar Classic in 2011 (photos below), sustained an injury in his quarter-final match against Egypt’s Ali Farag earlier this month at the U.S. Open.

He has already undergone surgery to repair the damage to his right knee but there is no timescale on when he is likely to return to the court. The Frenchman, who was seeded sixth, will now be replaced by Peru’s World No.13 Diego Elias, who receives a bye into round two.

Hong Kong’s World No.14 Max Lee take’s Elias’ place in the draw and also gets a bye into the second round, where he will play England’s former World No.1 James Willstrop in round two.

Wales’ Joel Makin comes into the draw and he will face Australia’s Rex Hedrick in round one.

Everyone at the QSF would like to wish Greg well and a speedy recovery.