Qatar’s Al Tamimi causes another upset to reach Round Three

Qatar’s World No.47 Abdulla Al Tamimi made it back-to-back upsets over French opposition as he followed up his opening day defeat of World No.14 Gregoire Marche with a surprise 3-0 win over World No.28 Mathieu Castagnet on home soil to reach the last 16 of the PSA Men’s World Championship for the first time. Al Tamimi’s impressive win over Marche in round one saw him reach the second round of the most prestigious men’s squash tournament in the world, and he has now gone one better after dispatching Castagnet by a 12-10, 11-8, 11-8 scoreline at the Khalifa International Tennis & Squash Complex.

“I was not expecting that performance today… after every rally the fans were cheering and jumping from their chairs. I was trying to focus on court and I was not looking outside. Afterwards, I saw all my friends and family who I didn’t even realise were there. People from the Aspire Academy and from the [Qatar Squash] federation, they have all been here from the first day and I am looking forward to seeing them here as well on Monday.”

A quarter-final spot will be up for grabs when the 24-year-old takes on No.2 seed Tarek Momen in the next round after the World No.3 overcame fellow Egyptian Mazen Hesham in straight games. Momen, the 2018-19 World Championship runner-up, found himself three game balls down in the second game of his match with Hesham after some impressive shot-making from the World No.19 saw him rattle off a number of points and unsettle his opponent.

But Momen kept his concentration to take five successive points, and he made no mistake in the third as he closed out an 11-9, 12-10, 11-5 victory in 35 minutes to seal his last 16 berth.

“It was very close, with the first two games going down to the wire and you never know what could have happened if the score was reversed,” Momen said.

“I am very happy with the way I carried out my plan today. It is the best you can do against Mazen because sometimes he comes up with some unbelievable stuff that no matter what you plan for, you might as well cancel it immediately. I just hung in there, and it was crucial to get that 2-0 lead, because otherwise, things could have gone a different way.” Lobban put in a huge physical effort as he attacked well, while Elias looked off the pace at times. But he settled any nerves in the decider to earn a third round spot against Egypt’s Fares Dessouky, who beat Spain’s Edmon Lopez.

“It was a really tough match,” Elias said.

“Every time we play, we go to five games so I had that in my mind. I started playing better as the match was going but in the first game, it was hard for me I then started to move faster and play better and I am happy I got the win.”

The longest match of the day saw Welshman Joel Makin hold off Egyptian challenger Mohamed ElSherbini to book his spot in the last 16 after 74 minutes of action, where he will play Germany’s World No.6 Simon Rösner.

World No.12 Makin has had a strong start to the season after reaching the final of the Open de France, while he reached a first PSA Platinum semi-final at the Egyptian Open last week, but he was never comfortable on court against his opponent today as ElSherbini played some fabulous squash. Makin pulled through in the end though as the 25-year-old completed an 11-3, 6-11, 11-9, 14-12 triumph.

“I want to beat the higher ranked players and get as far into the draw as I can,” Makin said afterwards.

“I feel good physically and we’ve got plenty of rest days, so I don’t see any reason why I can’t get through plenty of matches. I can beat plenty of the guys on my half of the draw, so I’m feeling good even though that wasn’t the best performance today.”

Round two action continues tomorrow, with play beginning at 12:00 (GMT+3). Matches will be shown live on SQUASHTV (rest of world), Eurosport Player (Europe only) and the PSA Facebook page. 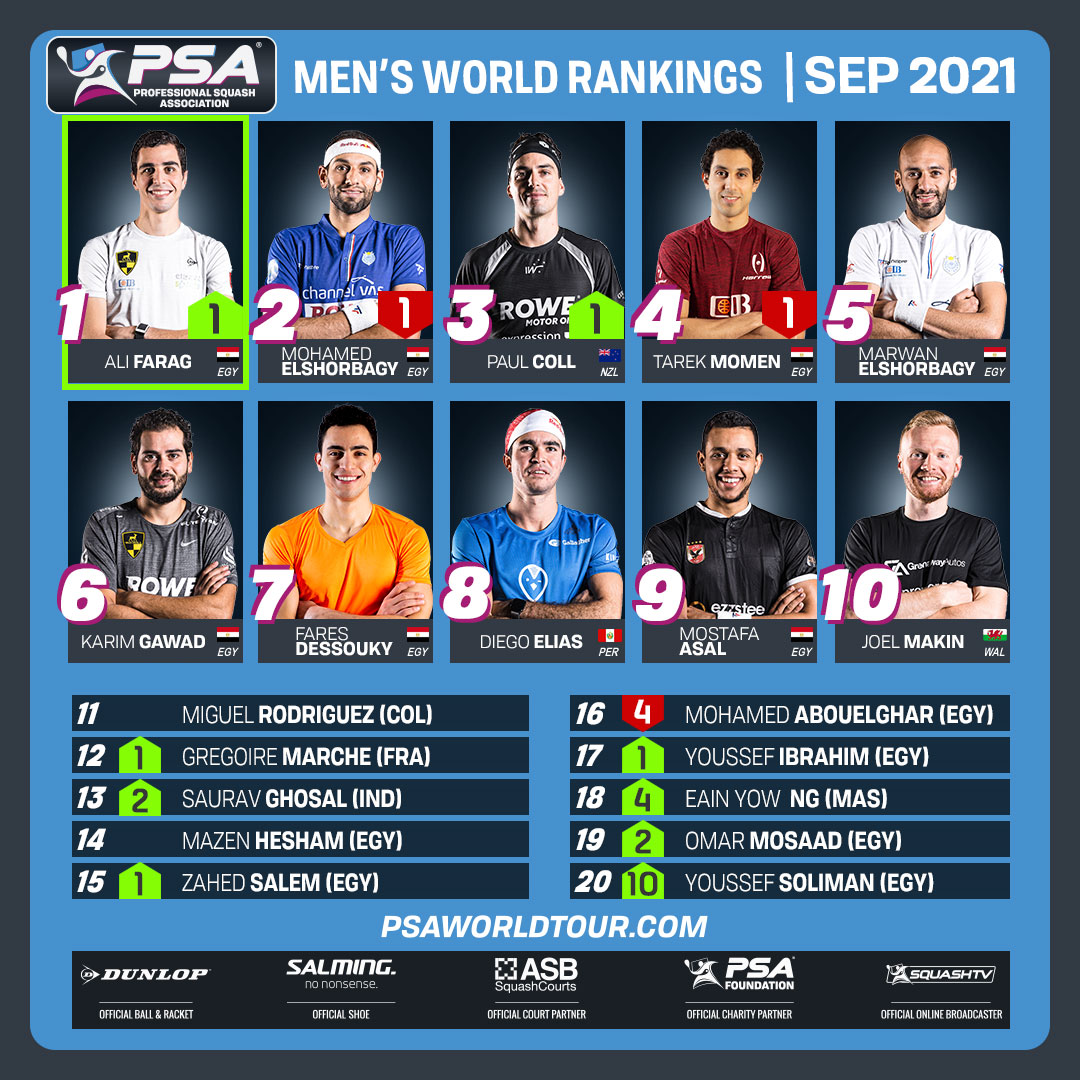