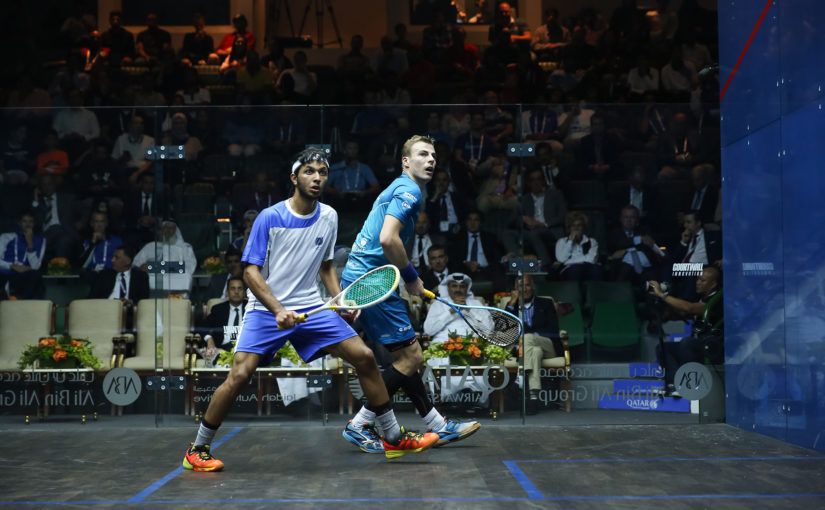 Doha// The Qatar Classic 2017 held from October 29 to November 3, will see high intensity competitions as an elite of squash stars will kick off their experience in Doha in the first round of the main draw.

Egypt’s World No.6 Marwan ElShorbagy take on New Zealand’s World No.10 Paul Coll while Defending champion Karim Abdel Gawad joins Coll and ElShorbagy in the bottom half of the draw and has a first round clash with Spain’s former World No.5.

The 37-year-old player Nick Mathew who will meet a qualifier in the 1st round will be competing at his last ever Qatar Classic after announcing his retirement earlier this week but will have to be at his best to make sure his final appearance in Doha isn’t cut short at the second- round stage – with Egyptian three-time World Champion Ramy Ashour seeded to meet him there.

Ashour, will return to the scene of his second and third World Championship triumphs, while the man he beat in both finals, two-time Qatar Classic champion Mohamed ElShorbagy, is seeded on the top half of the draw, alongside World No.1 Gregory Gaultier, who he is seeded to meet in the semi-finals.

The qualifying stages of Qatar Classic will be held between October 27-28 where Six Qatari players including the highly talented Syed Azlan Amjad will take part.

According to the draw, Ajmad will be joined by Abdulrahman Al-Malki, Ahmad Mohammed Al-Tamimi, Abdulwahab Al-Ishaq, Umair Zaman and Hamad Al-Amri at the event.

Qatar’s Rashid Al Harib and Mohammad Salim Saadi Al Yaafei have been listed in the reserves. The tournament matches will be held at the Khalifa Tennis and Squash Complex.

Qatar’s top player Abdulla Mohd Al Tamimi – ranked 42 in the world – is part of the main draw that has attracted the world’s top players for the week-long event.

Tareq added: “We are hoping that the Qatari players produce good results on their home territory. They have been working hard and getting the right coaching. It’s a matter of time before they play the main draw in the future.”