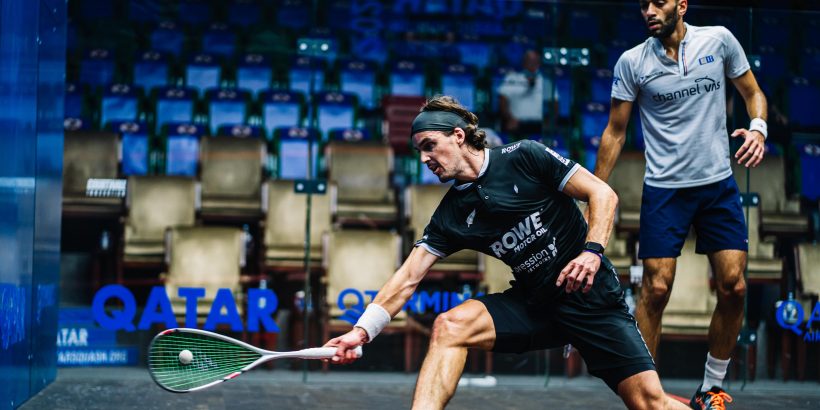 The 75-minute match was almost a repeat of the semi-final encounter at last year’s PSA Men’s World Championship, held at the same venue and court, where 28-year-old Kiwi also ran away with a 3-2 victory to advance into the final of the World Championship for the first time in his career.

“He’s an all-round quality player,” Coll said after the match.“He’s probably got some of the best lengths out of anyone on tour, and if you let him dominate you, then you can lose seven or eight points within a matter of minutes. You’ve got to be on your mettle with everything; he gives you nothing. I always love a battle with him, he gives you nothing, and it’s never easy.”

“I really enjoyed that match today, I think it was pretty clean and a real battle between two players,” Coll, a semi-finalist at this year’s Manchester Open, added. 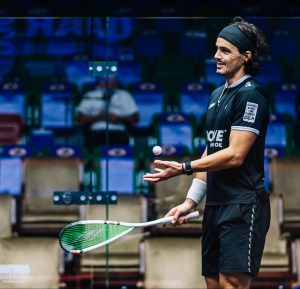 The highly-entertaining match got off to an exciting start with Marwan eventually taking the first game in 18 minutes after a series of some fantastic rallies between the power-playing pair only for Coll to come back strong in the second, taking it (11-4) in just eight minutes.

With Marwan seemingly cruising to victory after the third, Coll, who had somehow managed to win in the end at this tournament, sprung a surprise in the fourth by overcoming a crucial two-point deficit to send the match to a decider.

He then got off to a promising 5-1 lead and, while ElShorbagy launched a mini-comeback, the Kiwi held his nerve to complete the win and book his spot in the last four.

Coll will face the winner of the Youssef Ibrahim versus Fares Dessouky’s match for a place in the final for the second year in a row in Qatar.