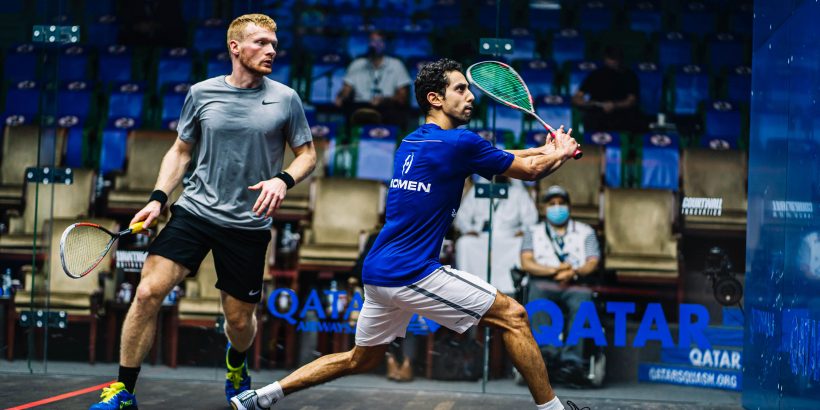 The enthralling match was the fifth encounter between the pair, and until now, the advantage had been evenly divided between the World No. 3 Momen and the 10th-ranked Makin.

The 26-year-old Welshman had accounted for the first-round exit of Momen at the CIB PSA World Tour Finals in September – the last time they met.

Things were however different this time around with the 32-year-old Egyptian holding his nerve to draw ahead from 7-7 in the fifth game of the match which lasted 79 minutes.

“I really felt I didn’t play my best the last couple of times, but today I was a lot sharper,” Momen said in his post-match interview. “My shots were going in nicely a lot better than the two times before and yet I still barely won 3-2. All credit to him, he played a really good match and made it extremely tough. I thought I had some chances in the fourth game, I was 8-5 up, and I shouldn’t have squandered that lead. “I’m glad I kept my head in the game, I didn’t focus too much on what was going on movement-wise on court. I just tried to focus on my game plan, tried to make the least amount of errors possible and thankfully that’s what I did today.”

Speaking about playing in Qatar, Momen, a finalist here three years ago, said, “I’m always excited to play here, I love the court conditions and I think I play my best squash here because of the setup. I’m definitely looking forward to my match tomorrow. I’ll try to recover to the best of my ability so I can be prepared for a good match again.”