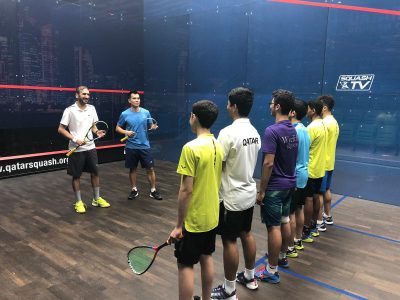 Qatar Tennis Squash and Badminton Federation will hold Squash Round Robin two tournament from the 28th until 31st of July, with the participation of 4 categories under 9, under 11, under 13 and under 15.

32 players tournament will be played out in a Round Robin system which means all 8 players selected to be in this event will play 7 matches each.

The tournament considered as a preparation for the national team and also to monitor their progress after a certain period of training before the upcoming summer camps and to set their mood for bigger competitions.