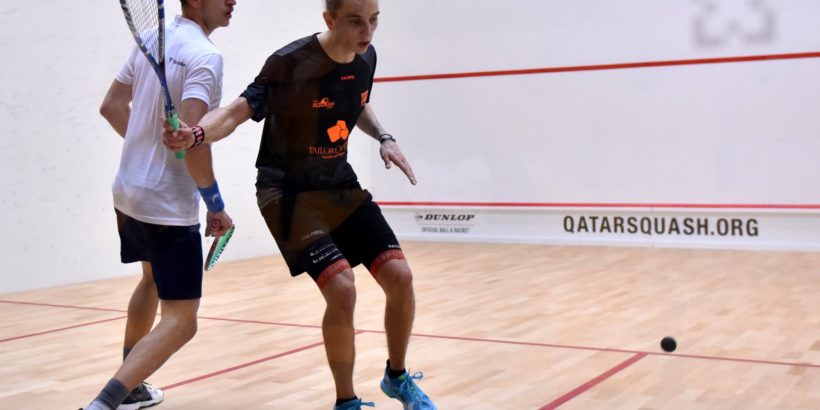 In the first game, I just opened up the court too much for him, playing too short and offering him too many opportunities on the volley and making wrong choices.

But my game plan was to open the physical channel, making the rallies as long as possible and pushing him physically. And although I lost the first game, it went to tie break and hurt him.

From the second, I could see he slowed down a bit, although the court conditions suited his game better. He was a bit more far back on the T, and I saw that he was starting to suffer a bit.

I made sure I kept the rallies going to counteract his natural attacking game, played a bit of an English style of Squash, not the most entertaining perhaps, but it worked… And it paid off dividends in the last two…