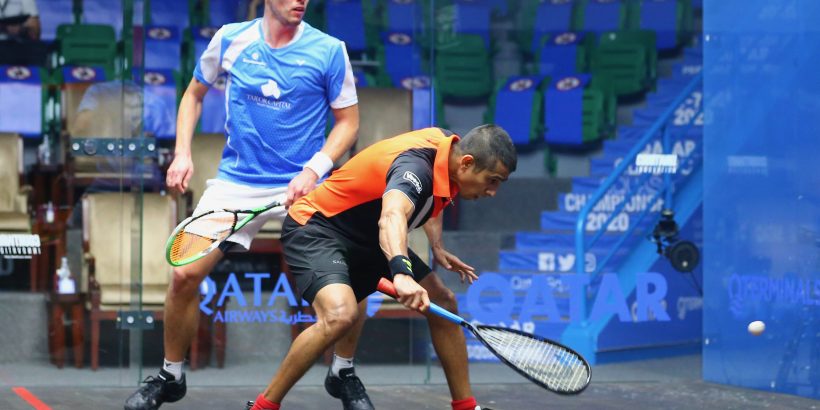 The 30year-old German gave a hint of what was to be expected in the match with a beautiful performance in the first game which saw him tying a 6-8 deficit before Ghosal eventually took the game courtesy of some errors from Kandra during the tie-breaker.

The second game almost took the form of the first with the 34-year-old Ghosal posting a 9-6 lead before Kandra managed to switch the momentum in his favor and went on a run of five points in a row to take the game and restore parity. The third and fourth games were a lot easier for the Paderborn-resident German as an injury looked to be causing problems for Ghosal with the Indian needing to take a three-minute injury break at the end of the third game.

Any hope of a comeback by Ghosal in the fourth game after the break was extinguished by the German as he stood his ground to reach the last 16 of a Platinum event for the first time since the 2019 US Open.

“I’m relieved. I’ve been waiting for those moments where you are kind of getting into the flow and trying to play your best,” Kandra said after the match. “Today, there were a lot of patches during the match where I thought ‘ok, this is how I want to play’ and this is how I train to play. Altogether this is definitely not how you want to win. Of course, he played on, and he was still kind of moving but wasn’t at his best, and I wish him a quick recovery,“ he added.