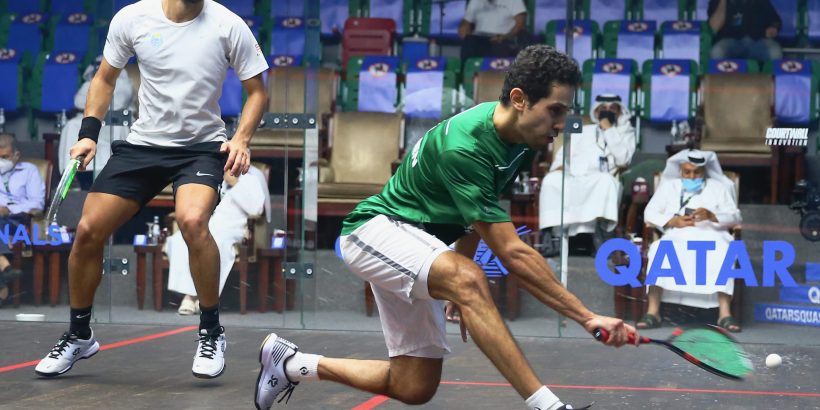 The PSA World Champion Egypt’s Tarek Momen began his quest for his first Qatar Classic title with a 3-1 (13-11, 9-11, 11-1, 11-5) defeat of his compatriot Youssef Soliman in the last match in the second round of the tournament on Tuesday.

The World No. 3 Momen, a finalist at the 2017 event where he lost to three-time champion Mohamed ElShorbagy, had to dig deep into his big bag of experience to overcome the stubborn resistance of the 23-year-old Soliman in the first game. Soliman, the World No. 28,  is regarded as one of the most exciting young talents on the PSA World Tour, and a tie-breaker was all it took to decide the eventual winner of the game between the pair. 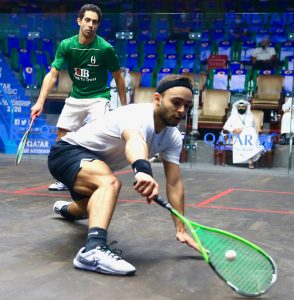 While Momen ran away with the victory in the first game, the second was however different as Soliman ensured that he took the battle to his opponent’s gate, taking the game in 11-9.

Things, however, took a different turn in the third and fourth games as the more experienced Momen completely eviscerated his younger opponent as he quickly claimed the games to wrap up the match in 56 minutes.

Momen, an Electronic Engineering graduate from the American University of Cairo, will now face England’s James Willstrop on Wednesday for a place in the quarters.

“The issue is we are playing partners, and so we play a lot together, and that made it difficult today,” said the reigning World Champion. We know each other’s game very well. I was aware of how he has been improving his game. I expected a tough game from him today, and I got one,” Momen said in his post-match interview.