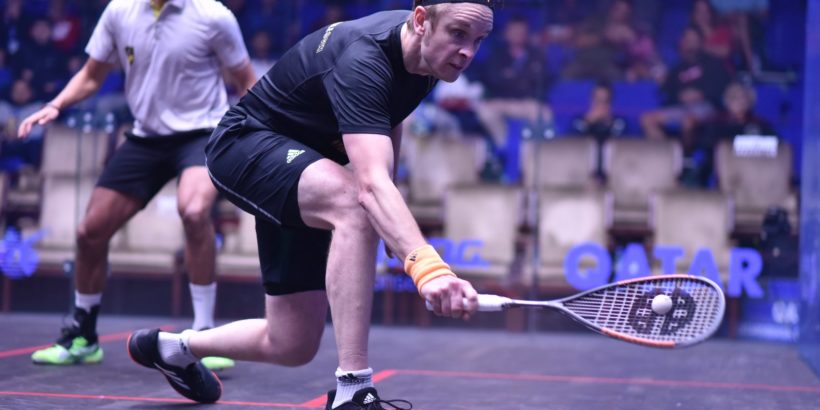 In case you missed it, at 9/9 in the 5th, Youssef fell and twisted his ankle playing against Daryl yesterday. As it was a contributed injury, the Egyptian got 30m treatment, and came back on court hopping away, to take 2 quick points

Good, very good effort from the Princeton player but it was a bit of a mission impossible today..

What a lob from @james_willstrop! 👏

Youssef Ibrahim had two attempts at trying to return this one but it was so tight to the side wall that he had no chance!#squash #PSAWorldChamps pic.twitter.com/xRehjfQ1aD It felt really intense in the head. He’s probably the hardest opponent there is when he does have a slight injury and it makes it almost harder. It’s obviously hard for him, but I didn’t know what level he would be, whether he would be fully recovered, or only half way, so I had to idea what to expect.

They’re cold conditions on court, and he was probably thinking that he would try and take a few shots in because he is such a good shot player. Maybe that could unsettle me, the rallies would be short and if I can’t get him moving then I’m in trouble.

I had to get him moving if he had a problem, and it was hard. I tried to keep the intensity and the pressure on him and tried to challenge his movement as much as I could. If you’re not careful you start thinking about all of that and not the match, so it’s a dangerous situation, I had to attack it mentally very strongly, and I think that was how I came through it. It wasn’t an easy situation on a pretty cold squash court.