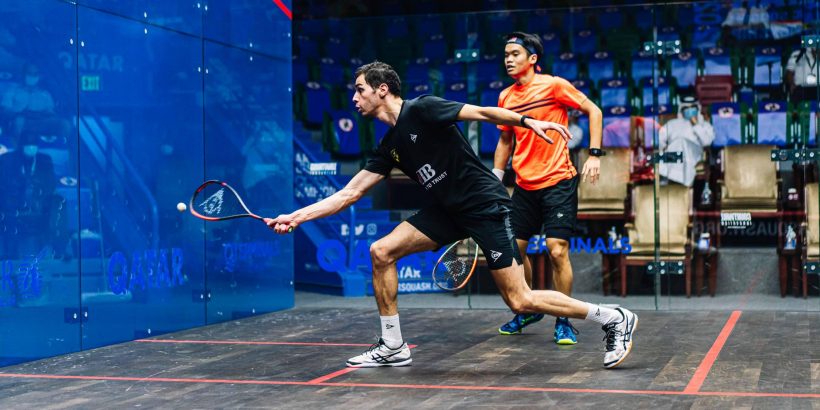 “He is proving himself to be a very solid opponent,” said Egypt’s Farag at the end of the match. “He was getting everything back; I’ve never seen a Malaysian that doesn’t move well – what are they feeding them over there! Beng Hee first, then Ivan and Nafiizwan and Yow, they move so well, and it’s so hard to put the ball away. In the end, I thought I would try to tire him out to see if it would pay off, and it did. I couldn’t be more full of praise for him, he’s very talented, but he also has the character to rise up the rankings, and I’m really pleased to win in three today.”

Farag’s dominance of the match was not in doubt as he took complete control right from the beginning. At a stage, it appeared the Egyptian was toying with his Malaysian opponent, whom he was meeting for the first time, with his excellent display before turning the screw on Yow Ng to close the match.