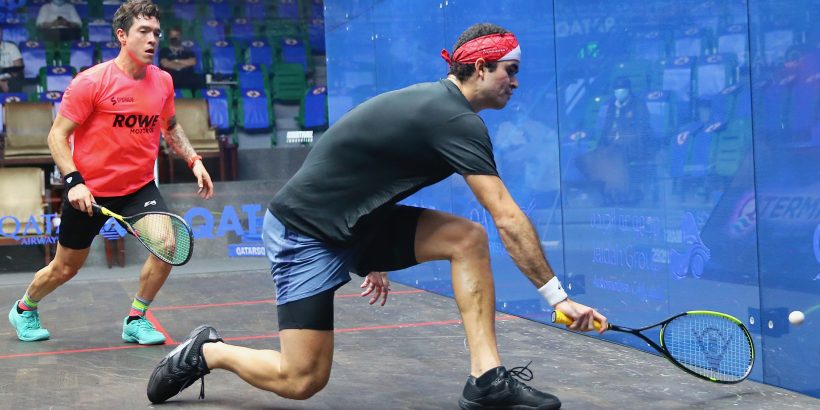 Peru’s World No.7 Diego Elias claimed another first on Wednesday in his 3-0 (11-5, 13-11, 11-9) defeat of Colombia’s Miguel Rodriguez, the World No. 9, to book a place in the quarter-final of the Qatar Classic 2020 where he will be up against defending champion, Ali Farag.

The 24-year-old Lima-born Elias had scripted his first-ever defeat of home-favourite Abdulla Al Tamimi during their Round 2 encounter on Tuesday, and he repeated the feat on Wednesday – defeating Rodriguez for the first time after five meetings in 53 minutes in the last match of the day.

“We’ve played four times before now, and he has always beaten me. I’m happy to claim my first victory against him today. It was a tough match, but I’m happy that I won. I just want to recover now and get ready for tomorrow’s match,” the ‘Peruvian Puma’, a quarter-finalist at last month’s CIB Egyptian Open said.

The first game was a comfortable ride for Elias, widely regarded as one of the best-ever South Americans to have played the game, as he rounded up proceeding within nine minutes. The second and third witnessed a more determined play from the 35-year-old Rodriguez, who has the distinction of being the first South American ever to make the top 10 in the world rankings, as he pushed his opponent to the brinks. A stubborn determination coupled with some unforced errors from the Colombian, however, ensured that it was Elias who went home smiling this time around.