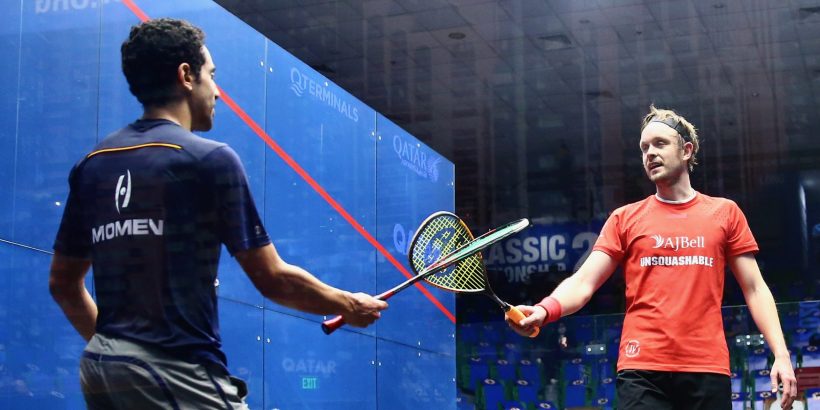 Playing on the same court where he claimed squash’s biggest crown last year, overturned 1-6 deficit to claim the first game, before proceeding to claim the second comfortably in 8 minutes. The Egyptian, a finalist at the 2017 tournament, was a little bit relaxed in the third as he made some errors which extended the match to the fourth.

Any hope of a late resurgence by Willstrop was, however, extinguished in the fourth game with the 32-year-old Egyptian closing out the game to book a quarter-final clash against another Briton, Wales’ Joel Makin, on Thursday.

“As always it’s a pleasure to play James,” said Momen. “He’s one of the incredible talents, and it’s always very tricky. He could string a few points in five seconds, and you find yourself 6-1 down, and I had to dig deep to win that first game. Then when I felt I was comfortable and running away with the match, he came back at me in the third and snuck it in a few minutes. I tried as hard as possible to expose his movement a bit, I succeeded in some patches, but in some other patches, my concentration levels were up and down. Overall, I’m happy with the performance and all credit to James; he played a great match today.”