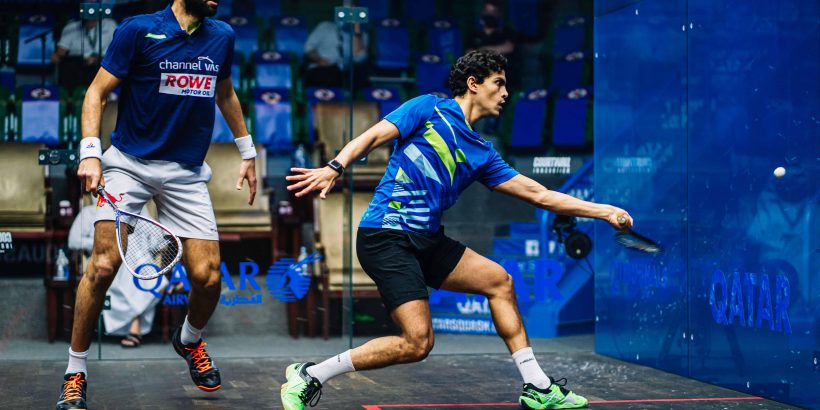 The Qatar Classic 2020 recorded one of its greatest upset on Wednesday with Egypt’s Youssef Ibrahim, the World No.41, stopping the advancement of three-time champion and the World No.2 Mohamed ElShorbagy in a five-game thriller on the Glass Courts of the Khalifa International Tennis & Squash Complex.

“The word would be surreal,” said the highly elated Ibrahim in his post-match interview. “I don’t know how to describe how I’m feeling right now. I’ve been waiting for a break for a really long time and training really hard for so many years, and I haven’t had a good win – this just makes it so much better.”

“It’s a rollercoaster of emotions, to beat someone like Mohamed in his form and where he is now, top-seed of the tournament – it’s just massive. I knew I was in for a fight; I had nothing to lose today. I put 100% into every shot in every game, and I know he has a lot of experience, I had to be aware every game, and when I took the lead, I usually squander the lead in so many matches, but against Mohamed, I had to be on my toes the whole match,” Ibrahim added.

With the defeat, ElShorbagy’s hope of reclaiming his No.1 ranking from Ali Farag will have to wait, at least till December.