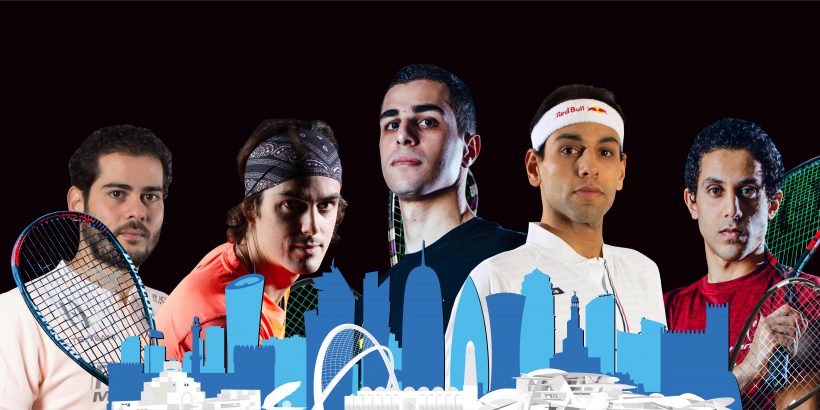 Qatar is getting set to host the world’s best men squash players again at the 2020 Qatar Classic, the 19th edition of the annual international squash tournament, which takes place at the Khalifa International Tennis and Squash Complex from November 1 to 7.

46 players including the world’s top-eight are featuring at the prestigious tournament, one of the signature events on the Professional Squash Association (PSA) Tour, which carries a total prize purse of $175.000 cash prize.

Other stars on the card include Diego Elias (World No. 6), World No. 7 Marwa El Shorbagy and the eighth-ranked Simon Rosner, the 2018 finalist. The 2005 champion James Willstrop will also be strutting his stuff along with Grégory Gaultier, the 2011 champion who has been given a wildcard.

The event, being held against the backdrop of the global COVID 19 pandemic, is doubtlessly a testimonial to the undaunted spirit and passion of all the stakeholders for the sport, as well as the unwavering commitment of the organisers to the tournament.

All eyes will be on the top-ranked Mohammed ElShorbagy, who holds the enviable record of the only person to win three times at the tournament, as he embarks on the journey of making it four conquests.

The 28-year-old Egyptian has been in fine form this year, winning the Manchester open on September 22 after 192 days of recess due to the COVID-19 pandemic. His Manchester title was the 42nd PSA title of his career, moving him to fifth on the all-time squash win list.

Qatar’s most successful player and World No. 27 Abdullah Mohammed Al Tamimi will be leading the home charge alongside Syed Azlan Amjad (a wildcard entrant). Tamimi stunned the world with his superb performance at last year’s PSA Men’s World Squash Championship where he reached the Round of 16, narrowly losing to eventual champion Tarek Momen.

“We are happy to be hosting the tournament again after the break occasioned by the hosting of last year’s World Championship. Without any doubt, Qatar is passionate about squash, and we are committed once more to hosting an eventful event – a tournament will linger for a long time in the memories of all participants. We are leaving no stone unturned to ensure the safety of all participants, given the current global coronavirus pandemic, and everyone is assured of a safe and hitch-free tournament besides our well acknowledged world-class hospitality.”